Shopping Cart
Your Cart is Empty
Quantity:
Subtotal
Taxes
Shipping
Total
There was an error with PayPalClick here to try again

Thank you for your business!You should be receiving an order confirmation from Paypal shortly.Exit Shopping Cart

I recently posted a capture that was from a reflective surface. Prior to watching a ustream replay of a paranormal investigation I had completed I turned on the camera and decided to record. I captured what appears to be a body and large hand passing in front/behind me, blocking light from the desk that was reflected in the capture. Another being walks by at the end.

Because I donot want to distract from the Halloween capture I have removed the reflective capture and will po...

The Wolf Creek Tavern is a haunted location in Southern Oregon. The Rogue Valley Messenger just did a story on our paranormal investigation.

If you like EVPs you can now listen to my captures. I will be uploading new ones each week! 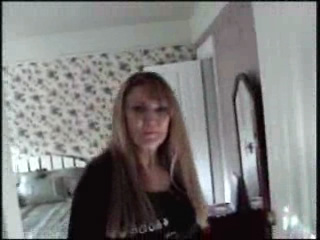 Posted video from the Last Investigtion

I have posted the YouTube upload of the last investigation, "The Haunted Office." Please take a look by clicking throuh on Haunted Oregon Videos!

Here is a link to the EVPs I captured when I completed the paranormal investigation in the ghost town of Cornucopia at the entrance of an old mine shaft.

The EVPs sound gravely. I set the digital recorder on a rock as I ask questions.

Henry Saylor, who was killed in Covington, in a quarrel with Antonio Finch, was

a reporter on the Cincinnati Commercial. In the year 1859 a vacant dwelling in

Vine street, in Cincinnati, became the center of a local excitement because of

the strange sights and sounds said to be observed in it nightly. According to the

any other hypothesis than that the ...

The Spiritual Meaning of Colors By New Age Spirituality

The Spiritual Meaning of Colors

Colors are one of the most beautiful and also one of the most under-appreciated aspects of the physical realm. We are surrounded by colors, but how often do we notice the numerous subtleties in the myriad shades.

Spiritually, color can impart both information - as in aura colors, and energy - as in healing. The aura is the spiritual energy field surrounding living beings which is "visible" to the psychically sensit...

The question of what happens after death has always fascinated man. Many theories have been developed through religion and philosophy, some of which are discussed below together with my own ideas on the subject.

The movement known as Spiritualism originated in the nineteenth century. The Spiritualist philosophy holds that upon death, the spirit of the deceased passes from the Earth plane to a spirit plane. The living may contact these departed spirits by ...

Lithomancy: Divining through the use of stones or jewels.

Numerology : Using numbers, birth date and time and reducing each to determine personality traits and fortune.

Dowsing: Through the use of a fork created from a stick, metal etc a dowser finds lost objects or water.

Madonna complete yet another paranormal investigation in central Oregon! Check out her new DVD on amazon!

Ghateau at the Oregon Caves A Haunting

I have a new version of the paranormal investigation completed by BoOSS at the Chateau at the Oregon Caves! Great extended footage of the investigation! The Chateau is haunted and some ghosts more aggressive than others!

Please be sure to check it out!

Ghost Stories of Old! THE HAUNTING OF THE WESLEYS

Halloween is upon us and it seems only fitting to share an old ghost story or two! So here is the first in a four part series on Historical Ghost Stories:

THE HAUNTING OF THE WESLEYS

The Rev. Samuel Wesley is chiefly known to posterity as the father of the famous John Wesley,

the founder of Methodism, and of the hardly less famous Charles Wesl...

EVPs, Electronic Voice Phenomena, are these Captures the Holy Grail in Ghost Hunting?

Since the age of five the faint voices of the other side have been something that I had come to except as normal. I suppose one could question my experience given that I was a mere child. Experts or adults might have considered me to be prone to wild imaginings and thus would have interpreted my experience accordingly. Now the difference in this is that I was not always the only one who would experienc...

We exist in a vast cosmos of energy. Everything you see or experience is energy. While many people want to attach a personal meaning or description to energy in reality there is nothing mystical about energy or how humans might use or interact with this energy. We will never completely understand energy. Many people want to “scientifically” explain energy in an effort to remove any curiosity over what is usually considered to be an unexplainable anomaly however; we should never be...

Welcome to the Haunted Oregon Blog

Coming soon is our blog posts on haunted locations in Oregon and paranormal investigaitons throughout the state!

Sauron has been sent back to the darkness!

Bless this United States of America!

Gollum has fallen into the volcano!

Sauron has been sent into the depths of hell!

It has been a very hot summer.

I hope all is well!

Our Mathematical Universe: My Quest for the Ultimate Nature of Reality

I bumped this book up on my reading list!

It is a hot summer! Enjoy